You served in the military for years, and you’re looking forward to retirement. Life changes such as divorce and remarriage can affect your pension. The intersection of civilian law and military rules can be confusing, especially when it comes to a Qualified Domestic Relations Order (QDRO). Your pension is your financial future, so you need to know what’s going to change. Read our overview about how a divorce and remarriage relates to your military pension.

Will I Lose My Spouse’s Military Pension if I Remarry?

One of the most common questions regarding a military pension is, “If I remarry, do I lose the pension I get from my spouse?” There is a common misconception that the answer to this question is “yes”; however, that is incorrect.

In most cases, if a person decides to remarry, this will not affect the distribution of military pension that is given to the ex-spouse—regardless of how the remarriage changes the ex-spouse’s financial standing. As mentioned previously, a former spouse’s military pension payment is an asset right: it is unaffected by any subsequent remarriage. The share of retired pay awarded to an ex-spouse only terminates if the service member dies.

A qualified domestic relations order (QDRO) is a judicial order pertaining to the division of property in a divorce. It divides a pension plan, including a military pension, by recognizing the former spouse’s share of the asset. It awards a part of the plan’s participant to another payee; in this case, the ex-spouse.

QDROs are issued by a State domestic relations court. Then they are reviewed for compliance with the terms of the order and other applicable laws. A QDRO may be part of a divorce decree or it may be a separate document. The order is valid as long as it meets qualified domestic relations order standards and the standards of the plan in question.

When dealing with pensions and how they are affected by divorce or remarriage, it also helps to understand something known as the 20/20/20 rule. This policy affects military spouse divorcees and establishes a qualification of benefits. The rule states that ex-military spouses are entitled to keep certain military benefits under the following conditions:

Under the 20/20/20 rule, former spouses of military members are eligible to receive Tricare benefits, commissary privileges and MWR after a divorce.

Military Pensions Are an Exception

Although the 20/20/20 rule covers many benefits, a military pension is not controlled by the Department of Defense. Civilian state courts make determinations about military pensions because they are considered to be a “marital asset” and not a military benefit. Therefore, these pensions are deemed part of all other financial assets that would be awarded in the event of a divorce.

During a divorce, the court decides how to divide a military pension. All the typical factors are considered for dividing assets, such as income, whether the ex-spouse can work or is disabled, and assets accrued jointly during the marriage. The courts then determine the amount of the pension to divide.

The Uniform Services Former Spouses Protection Act is the federal statute that orders states to treat military pensions as an asset and governs the conditions for dividing a pension in the event of a divorce. Prior to 2017, state courts could split a military pension an even 50-50 based on the value of the pension at the time of the servicemember’s retirement.

New Revision to the Rule

However, the rules for calculating pension awards changed in 2017, as a result of the previous rule often being an unfair burden on servicemembers. Under the 2017 Rule, dividing a military pension in a divorce is based on the rank and member’s time in the service at the time of the divorce, in addition to a Cost of Living Adjustment. It is no longer based on the total time in service.

As an example, suppose someone divorces their military spouse after the person has put in 10 years of service. The ex-spouse will receive 50 percent of the military pension for an O-3 level servicemember, including a Cost of Living adjustment. The pension value will remain at that level, even if the member retires as an O-5 with 20 years total service.

It is important to note that the 2017 ruling is not retroactive. The change only applies to divorce decrees finalized after the enactment of the Act.

It is essential not to confuse these two sources of former spousal income. It is also crucial to note that if the subsequent marriage of the former spouse ends by annulment, divorce or death, eligibility for the Former Spouse SBP is reinstated.

At QDRO Masters, our goal is to ensure that you know your rights. This guide to pensions takes the confusion out of military divorce and remarriage pension rules. Our trusted legal team knows it’s not always easy to understand domestic orders. Visit our website for more information on military pensions. We will gladly answer your questions and can draw up any legal documents you need. Stop by our Las Vegas office at 3591 E. Bonanza Road, Suite 200 or call us at (702) 438-4100 today to schedule an appointment. 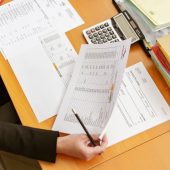