Breaking up a family is more than emotionally draining. A divorce takes a financial toll on both parties. In the midst of a divorce, the big question for many people is “Will I lose my pension?” Dealing with pensions in the context of a divorce is no simple matter.  That is why the following paragraphs provide a few ideas for you to consider.

Let’s start our discussion with how a private employer pension plan divides the benefit between spouses.

If you work in the private sector, a federal law known as the Employee Retirement Security Act of 1974 (popularly called ERISA) recognizes Qualified Domestic Relations Orders (QDROs).  A QDRO is a court order issued to a retirement plan to distribute child support, marital property, and/or alimony to the plan participant’s spouse, former spouse, child, or dependent.  A QDRO cannot order a benefit to be paid in an amount or a form that is not available under the terms of the pension plan. ERISA says that QDROs are the appropriate format to allocate retirement pension benefits between divorcing spouses.

Sharing Pensions If You Work For the Federal Government

If you or your spouse files a document with the Office of Personnel Management (OPM) claiming it is a QDRO, OPM will review the document to see if it contains a reference to Part 838 of Title 5 of the Code of Federal Regulations. That’s because the federal government’s equivalent to a QDRO is called a Court Order Acceptable for Processing (COAP). If you participate in the Federal Thrift Savings Plan, then the federal government’s equivalent is called a Retirement Benefits Court Order (RBCO).

QDROs differ from COAPs and RBCOs in that QDROs create a separate spousal interest in the pension if the QDRO is filed before the retirement pension benefit goes into pay status. Federal government pensions and military pensions do not create such a separate interest for spouses/former spouses.

Government and military pensions subject to COAPs and RBCOs, as well as private pensions already in pay status that become the subject of a QDRO, create a shared interest in the pension on behalf of the spouse/former spouse. A shared interest ends on the death of the participant unless the court order includes survivor annuity language in favor of the spouse/former spouse.

It’s also important to keep in mind that the federal government has two federal pension plans and eligibility under either of them depends on when the federal employee entered civil service. Employees who entered employment before December 31, 1983, are covered by the Civil Service Employees Retirement System (CSERS). Employees who entered employment after December 31, 1983, are covered by the Federal Employees Retirement System (FERS).  These federal retirement plans have provisions that differ significantly from each other.

If you work for the U.S. military, you have legal protections that do not apply to civilian or government pensions. For instance, the Servicemembers Civil Relief Act does not permit military personnel to be sued for divorce while on active duty or within 60 days after returning from active duty.

The individual states also have laws that impact divorces for military personnel. Service members would be wise to check with their specific jurisdictions to learn what state laws apply to them. It’s important to do this research because the state laws can affect how the military carries out the division of your pension between the spouses. A military divorce attorney can help you with this research.

How the Military Divides Pensions in a Divorce

The military terminology for the division of pension upon divorce is  “garnishment”. There are basically two rules to consider when a spouse requests the division of a military pension. The couple must satisfy one of the following rules:

Military law does not spell out how much of the retirement pension the spouse is entitled to in a divorce. The judge in the divorce action will generally award a certain amount, or he may look to state law to see what the spouse’s share should be. The general rule is that a spouse is entitled to half of the pension benefit unless he or she negotiates to receive fewer pension dollars as a shared payout in return for something more valuable, such as real property traded immediately.

Divorce is one of the most grueling emotional stressors on all parties involved, considered by some as equal to the stress caused by a death in the family.  Such a stressful event requires support and guidance from a legal team that looks out for your best interests. Your legal team will focus on minimizing the financial burden you face while protecting your pension rights. To talk more about this topic, or anything else, please contact us to speak with one of our QDRO Masters. Our firm has decades of experience in both military divorces and the division of retirement benefits among spouses. We will be happy to answer your questions. It will be our privilege to serve as your resource for all your retirement questions.

To read more about QDROs in the era of coronavirus, you may enjoy the April 2020 article from Bloomberglaw.com entitled “Estranged Couples to Fight Over Virus-stung Retirement Funds.” 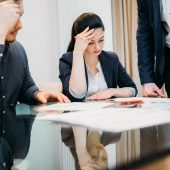 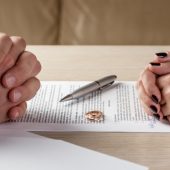